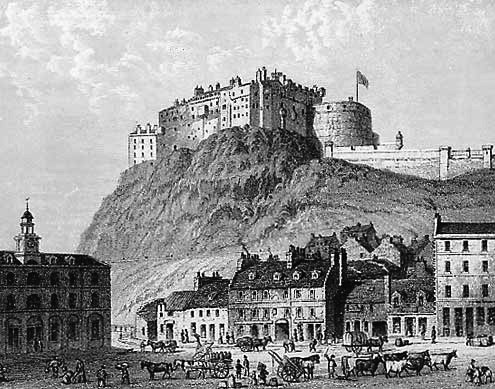 WE ARE LOCATED IN THE GRASSMARKET

This area is steeped in tradition, having originally been designed to host Edinburgh’s main horse and cattle markets. Cattle from the surrounding fields were driven through the Cowgate to the weekly market which was held here for nearly 500 years until 1911. Historically one of the poorer areas of the city and the site of an Irish slum, The Fiddler’s Arms continues the long-established tradition of pubs in the Grassmarket as the area has always been dominated by pubs and hostels.

Re-developed in a 2010 costing £5 million, the Grassmarket underwent a transformation into a European-style promenade full of family-friendly terraces and dining areas with the aim to make the area more pedestrian-friendly. The Grassmarket has not always been so welcoming; having previously been the setting for public executions such as those of Covenanters in the late 17th Century and Maggie Dickson who miraculously survived the noose, leading to the words “until dead” being added to the sentence of hanging.

Frequented in the past by historic figures such as Robert Burns and Wordsworth, today the Grassmarket serves as a convenient meeting point for locals and visitors alike who enjoy fashionable shops, bars and restaurants whilst soaking up the medieval atmosphere of the ancient marketplace with splendid views of the nearby castle.